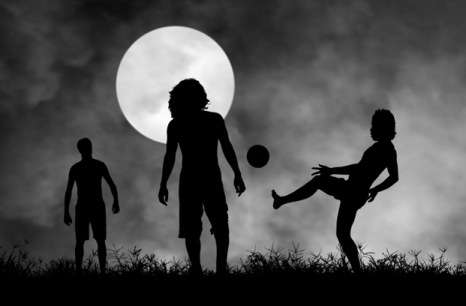 Lee not only highlights the scenic backdrop, but also incorporates people who are interacting with its surroundings -- each scene emits a sense of nostalgia. What makes these shots so impactful is the fact that you don't actually see the characters faces, which creates a visually appealing piece of art.

The artist states, "the idea behind my shots are simply about curiosity, dream, poetry and emotion." His focus is building connections with his viewers, as opposed to creating mindless mainstream works. These distinctive black-and-white silhouettes would make for great conversation pieces and artwork for one's abode.
3
Score
Popularity
Activity
Freshness