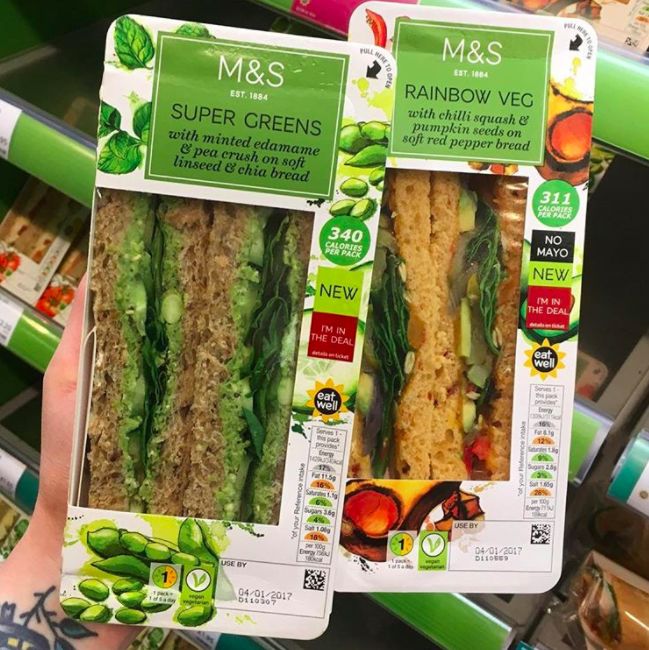 The Super Green sandwich is made on a base of linseed and chia bread with a rich filling of minted edamame and peas. The Rainbow Veg variety takes the form of a red pepper bread that is loaded with chili squash and pumpkin seeds, boasting fewer calories than the other vegan sandwich offering.

One of the challenges with eating grab-and-go foods as a vegan is that many of the vegetarian salads or sandwiches are loaded with cheese, eggs or butter. These healthy sandwiches, which have packaging that is stamped with a vegan symbol, set themselves apart for this reason.
3.6
Score
Popularity
Activity
Freshness