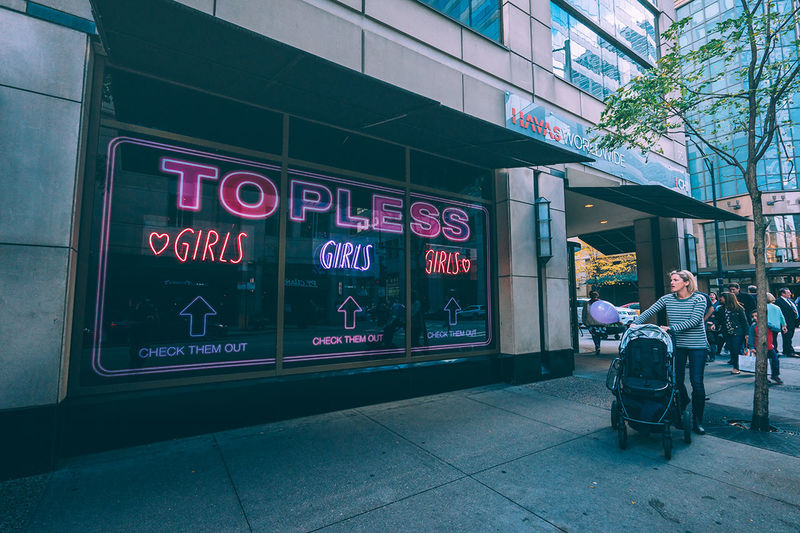 In a public storefront window, Havas Chicago transformed an empty scene into what people thought was a real peep show featuring topless women. When curious passersby would get close to the window and take a look, they were greeted by topless black mannequins that had breast cancer statistics written in white text across their chests.

The storefront was promoting a club that featured topless girls, which wasn't a direct lie. However, the point of this campaign was to dramatically grab society's attention, which ultimately resulted in people learning about cancer and being more conscious of the consequences. The campaign was launched on October 24th and will remain at the front of the store until November 10th.
3.4
Score
Popularity
Activity
Freshness
Access Advisory Services