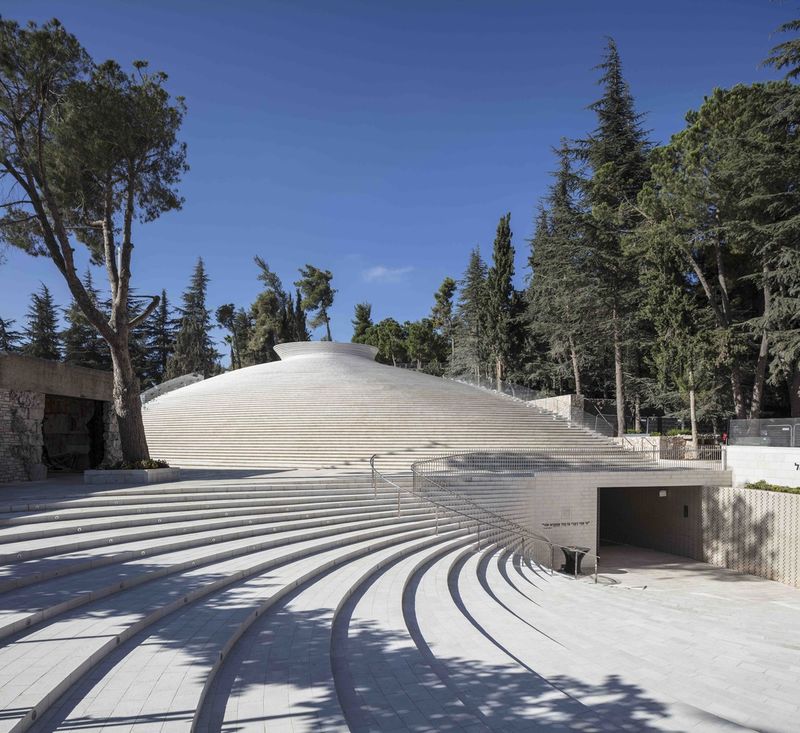 The Memorial Hall of Israel's Fallen is an Undulating, Sculptural Form

Joey Haar — March 9, 2018 — Art & Design
References: archdaily
Share on Facebook Share on Twitter Share on LinkedIn Share on Pinterest
Sitting at Mount Hertzl — Israel's National Cemetery — the Memorial Hall of Israel's Fallen is a powerful testament to the young men and women who's lives have been lost fighting for their nation. Recently completed by Kimmel Eshkolot Architects, the memorial is both somber and hopeful, making use of a poignant, sculptural form to flood the space with light while also making material the vastness of the damage of war.

From the outside, the Memorial Hall of Israel's Fallen looks like an undulating funnel, with a terraced brick layout that allows visitors to climb and explore the space. On the inside, that carefully arranged brick concept remains, though it has a more visceral message. The outer funnel, which channels natural light into the building, also encloses a central column of bricks, each of which is labelled with the name of a fallen soldier and the date of their decease.