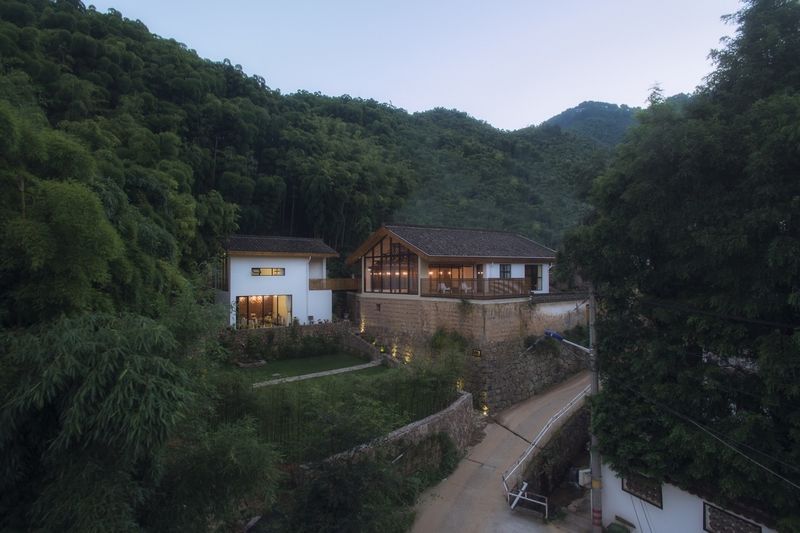 SU Architects' 'Half House' is Split Down the Middle

Joey Haar — September 14, 2017 — Art & Design
References: archdaily
Share on Facebook Share on Twitter Share on LinkedIn Share on Pinterest
Deciding on something as permanent as a home is a serious endeavor, and adhering to a single option can feel excruciating; fortunately for the owners of 'Half House', sticking to just a single home design wasn't necessary. The home, which was designed by SU Architects, is split into two definitive halves, offering up both traditional and modern aesthetics in a single building.

Half House is located in Mogan Shan, China, a mountainous area with pristine ecological surroundings. As such, many of the surrounding buildings are stylistically traditional, with low-slung gabled roofs that have been common in China for centuries. Though Half House keeps that roofing cue, it's otherwise a departure. The more traditional side of the house is indeed covered in the same white stucco as the others around, but the modern side is covered almost entirely in glass.
3.1
Score
Popularity
Activity
Freshness
Get Better and Faster