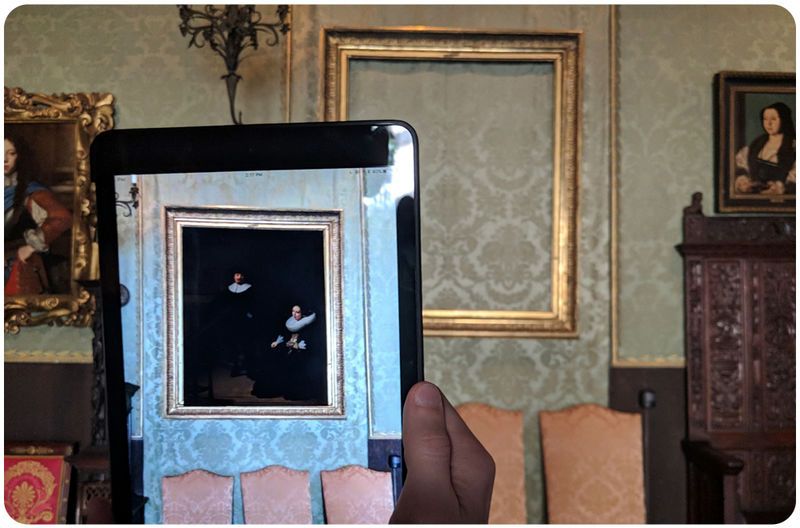 Justin Lam — March 26, 2018 — Art & Design
References: bostonglobe & psfk
Share on Facebook Share on Twitter Share on LinkedIn Share on Pinterest
Cuseum, a company focused on utilizing augmented reality to improve museum experiences, is collaborating with the Isabella Stewart Gardner Museum to showcase the Hacking the Heist exhibit. In March 1990, thieves broke into the museum and stole 13 paintings, worth an estimated $500 million, that have never been recovered. Cuseum is hoping to showcase these stolen pieces in the museum through AR technology in an attempt to restore the missing beauty from the Isabella Stewart Gardner Museum.

The Hacking the Heist exhibit is set to mark the 28th anniversary of the heist and was designed for smartphones and tablets using Apple’s ARKit. Visitors to the museum will be able to see these missing pieces -- once they've downloaded the Cuseum app -- in empty frames at the museum found in their original locations. While AR exhibits at museums are nothing new, the Hacking the Heist exhibit utilizes AR tech in an interesting way to commemorate history and showcase artworks that may forever be lost.
5.9
Score
Popularity
Activity
Freshness
Access Advisory Services