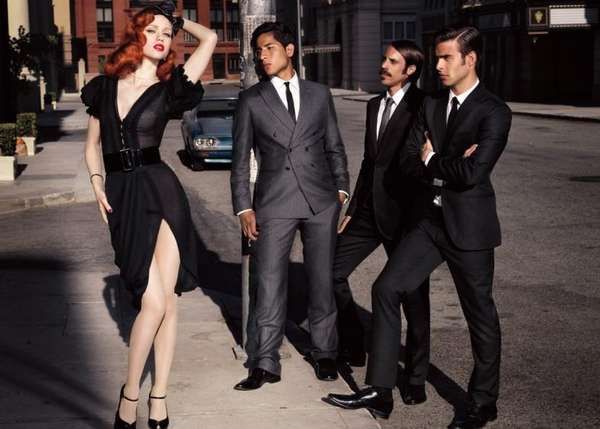 Guess by Marciano Campaign Has Cars, Guys & One Hot Female

The ads have a retro vibe with iconic automobiles and old Hollywood screen siren styling. I have to say that the old Hollywood glamor concept has been so overused recently, but somehow this campaign presents a fresh take.

The campaign was shot by Matthias Vriens with art direction by Paul Marciano and features models Judith Bedard and Jon Kortajarena among others.


On a side note, it’s nice to see model Kortajarena putting all that foot fetish vibe behind and going for a more ‘innocent’ persona in this campaign.
5.5
Score
Popularity
Activity
Freshness
Access Advisory Services