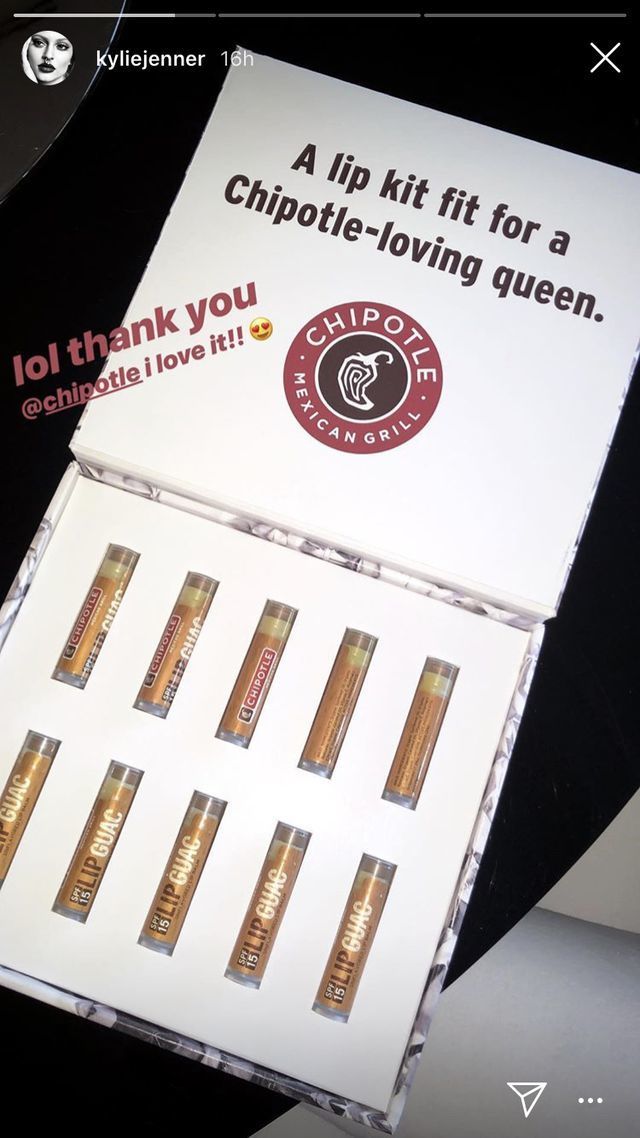 Katherine Pendrill — September 12, 2018 — Marketing
References: delish
Share on Facebook Share on Twitter Share on LinkedIn Share on Pinterest
Kylie Jenner is known for both her ultra-popular Lip Kits and her love of Chipotle, which means it was only a matter of time until Guac Lip Kits were born. While not quite the same as the richly pigmented lippies that Jenner sells, the guacamole-inspired lips kits are a hilarious take on the famous beauty product.

Earlier this week, Jenner posted a picture to her Instagram Stories showing a big white box from Chipotle. However, instead of burritos and chips, the box was filled with 10 Guac Lip Kits for the star to use. As the box stated, "A lip kit fit for a Chipotle-loving queen." Jenner was clearly thrilled with the gift, captioning the photo, "lol thank you @chipotle i love it!!"

While the stunt appears to be a one-off campaign, it demonstrates the small, yet clever, ways that brands are engaging with influencers.