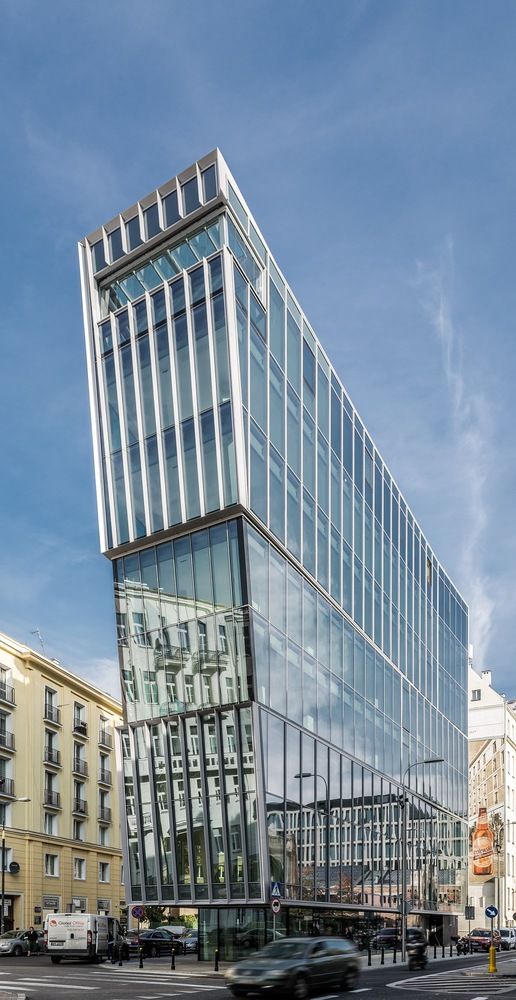 'The Nest' by Grupa 5 Architecki Features a Slanted Face

Joey Haar — May 4, 2018 — Art & Design
References: archdaily
Share on Facebook Share on Twitter Share on LinkedIn Share on Pinterest
If buildings aren't completely permanent, then they're at least among the most static and solid structures in the urban environment, and 'The Nest' by Grupa 5 Architecki is aiming to project that permanence. The building features an inverted, slanted front face that makes it seem as though it's been wedged into the earth.

Despite the form factor that reflects strength, 'The Nest' is materially light and airy. The majority of the building is covered in glass with only thin steel supports running up and down the length of it. Glass is most often a material that conveys ethereal lightness, so the material choice was an interesting juxtaposition for Grupa 5 Architecki.

'The Nest' dramatically offsets the rest of the buildings in Warszawa's downtown core, as the surrounding edifices are all traditional apartment mid-rises.