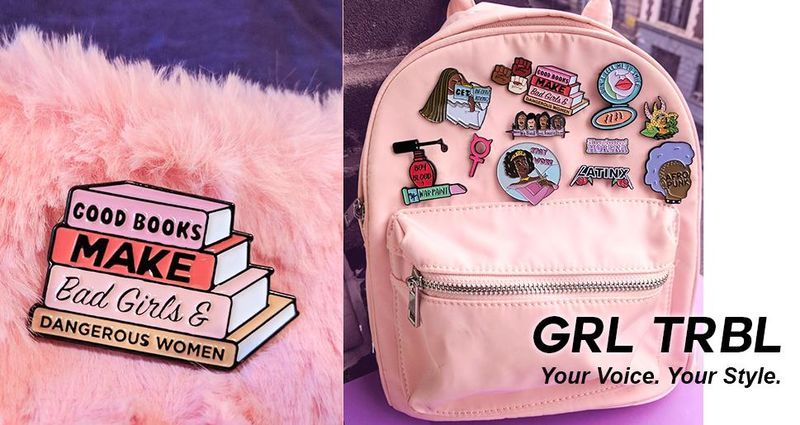 Jana Pijak — May 16, 2018 — Art & Design
References: grltrbl & remezcla
Share on Facebook Share on Twitter Share on LinkedIn Share on Pinterest
GRL TRBL is an art series and platform launched by Afro-Latinx artist Emerald Pellot, who draws inspiration from her Dominican and Puerto Rican roots. Challenging today's political landscape within the United States, the 28 year old aims to empower women of color with creations that range from art prints and totes to statement pins celebrating her feminist and cultural values.

After seeing a lack of representation of women in color both in the media and the art world, Pellot launched her platform in an effort to change things. "Most women of color don’t have enough people saying, ‘Look, she’s cool. You should know about her.’ I know that as someone who is Afro Latinx, I don’t see myself represented anywhere ever," said the artist to journalist Yara Simón in a recent interview for Remezcala.