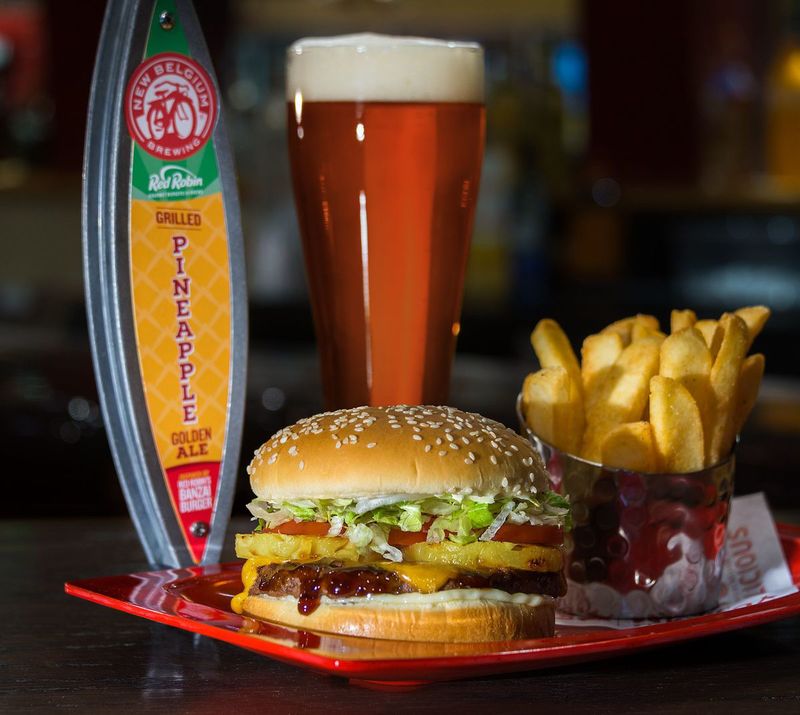 The Grilled Pineapple Golden Ale was created for Red Robin with help from the New Belgium Brewing Company. Amazingly, the beer manages to achieve the umami flavor characteristic of burger patties without actually adding any meat. Rather, New Belgium's brewer used apple-smoked malt to get the right flavoring. For the pineapple taste, however, the brewers used real pineapples.

Though the beer will be available at the Great American Beer Festival, it will only be released at selected Colorado-area Red Robins after that and then only for a limited time.
3.5
Score
Popularity
Activity
Freshness
Get the 2021 Trend Report FREE