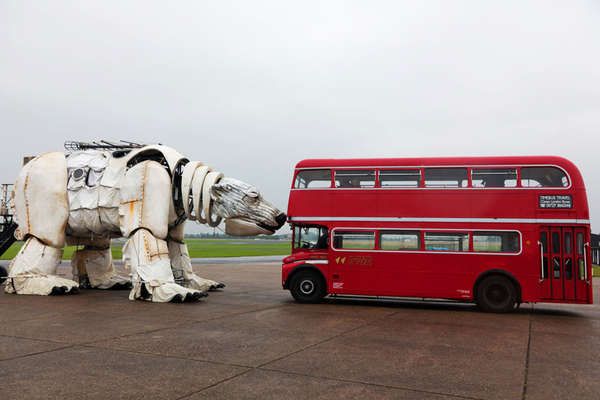 The Greenpeace Polar Bear Struts Her Stuff for the Arctic

The bear, named Aurora, is truly spectacular, weighing in at three tonnes (the approximate size of a London double-decker,) with a head the size of your average smart car, requiring 15 puppeteers and 30 volunteers to ensure a smooth performance.

Aurora will kick off the Greenpeace event on September 15th, and he will be hard to miss. The Greenpeace polar bear is an awesomely attention-grabbing way to raise awareness for a good cause. Kelly has created an intricately detailed mechanical masterpiece that viewers will most definitely gaze at in awe! Aurora is set to make appearances in other cities later in the year.