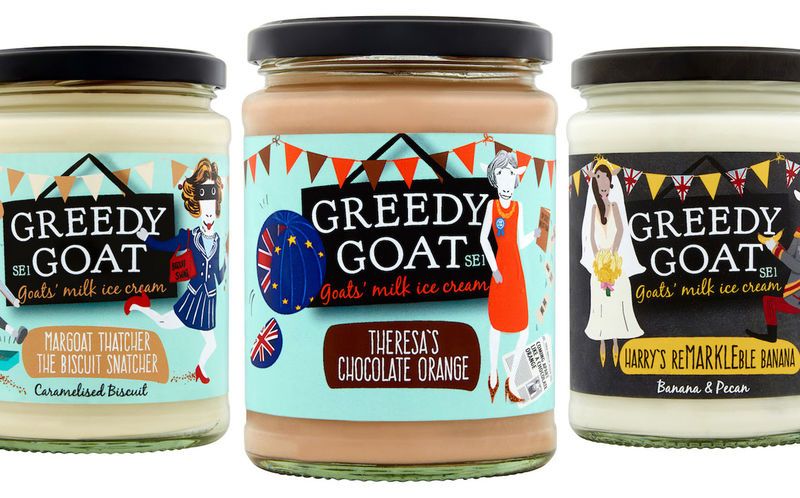 Michael Hemsworth — May 16, 2018 — Lifestyle
References: facebook & foodbev
Share on Facebook Share on Twitter Share on LinkedIn Share on Pinterest
The UK-based Greedy Goat ice cream brand has announced eight new flavors that are all focused on providing consumers across the pond with satisfying frozen desserts that have a distinctly British theme. This includes such flavors as 'Theresa's Chocolate Orange' and 'Harry's ReMarkleable Banana,' which are cheekily crafted with the Prime Minister of England and the Royal Couple in mind, respectively.

The Greedy Goat ice creams are packaged in glass jars, which makes them the first brand in the UK to utilize this kind of packaging that is easily recyclable and reusable.

Speaking on the new prepackaged product launch, Co-Founder of Greedy Goat, Jim O'Brien, said, "We are not the first goat’s milk ice cream to the market but we believe we are the best. Our aim is to build a brand that appeals to a broad audience not because it’s made of goat’s milk but because it is delicious, features unusual flavors and is made in the UK."
3.7
Score
Popularity
Activity
Freshness
Get Trend Hunter Dashboard