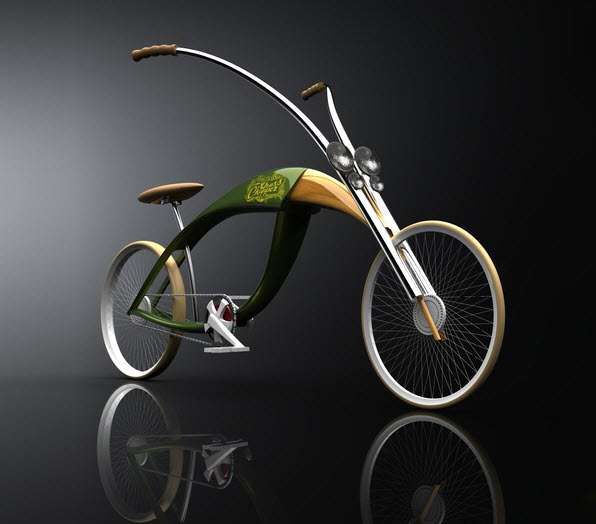 The Grass Chopper by Mateusz Chmura is Buggy but Beautiful

Elsa Blaine — May 16, 2011 — Lifestyle
References: behance.net & industrialdesignserved
Share on Facebook Share on Twitter Share on LinkedIn Share on Pinterest
Inspired by an insect, the Grass Chopper bicycle designed by Mateusz Chmura is as stylish as a cruiser bike can be. A glossy hardwood and lawn-green elegantly curved frame is the body that holds the cycle together, mimicking the wings and folded legs of a grasshopper. The Chopper’s shiny chrome forks meld seamlessly into the arched handlebars representing the insect’s antennae and head.

However, it’s the view of the Grass Chopper bicycle from straight on, from the front or rear, that epitomizes its grasshopper appearance. The bug-eyed headlights are perfectly buggy and the pedals protrude just enough to appear as though they are the spindly front legs of the critter.