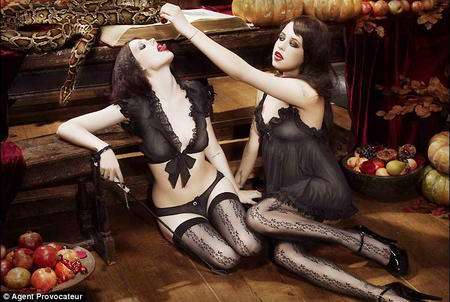 ‘The Season of the Witch' Campaign by Agent Provocateur

The mood of this campaign is Gothic, decadent and it has a very high dose of played out teenage vampires and bondage infused into this boring, been there, done that, promo campaign.

By the way, the second photo in the gallery is of the gorgeous and completely ravishing Helena Christensen who starred in Agent Provocateurs’ previous campaign called “Pirate Queen.” Helena is gracing the cover of the December-January 2008-2009 issue of Cover Magazine.