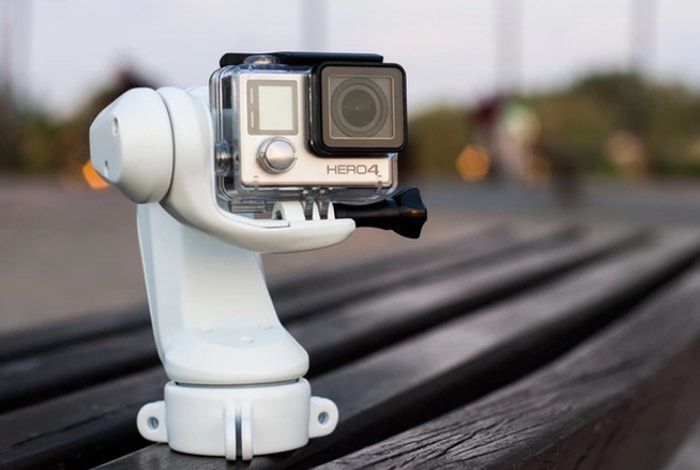 Michael Hemsworth — May 11, 2016 — Tech
References: kickstarter & geeky-gadgets
The 'Sybrillo' GoPro stabilizer is designed as a professional piece of equipment for your camera that won't run a high cost like other options on the market. Available now for preorder on Kickstarter, the 'Sybrillo' comes in several color options and adds immense capabilities to the powerful action cam.

When installed on the 'Sybrillo,' the GoPro can be controlled via smartphone through the accompanying app, but that's not all. The app also allows users to control the movement and orientation of the 'Sybrillo' to make it pan, roll, tilt and more in a flash.

Naturally, the 'Sybrillo' GoPro stabilizer is also immensely effective at being able to make videos and photos taken with the camera come out crystal clear with no shaking.
3.4
Score
Popularity
Activity
Freshness