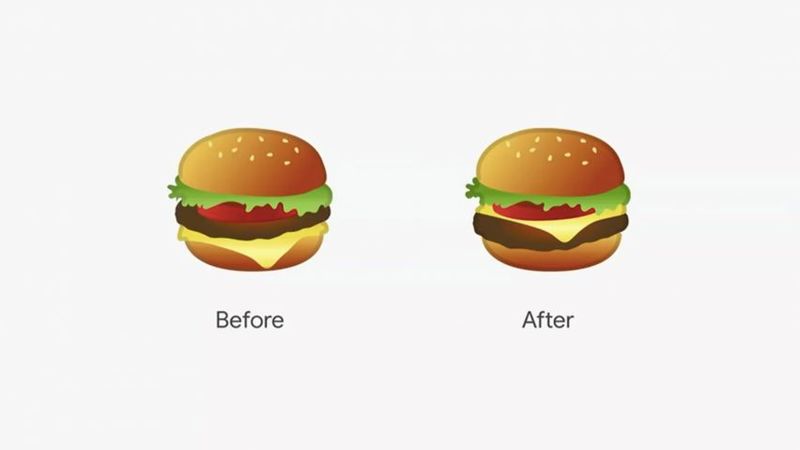 As Dezeen reports, the CEO first addressed the changes at Google's annual conference, where he told the crowd, "Towards the end of last year it came to my attention that we had a major bug in one of our core products. It turns out, we got the cheese wrong in our burger emoji." As some pointed out, the cheese in the former Google emoji was placed beneath the beef patty, rather than on top. Additionally, the company's beer emoji featured a less than full pint, which still had a thick layer of foam on top.

Now, the Google emojis have been adjusted so that the cheese is in its rightful place, and the pint of beer is filled to the brim.