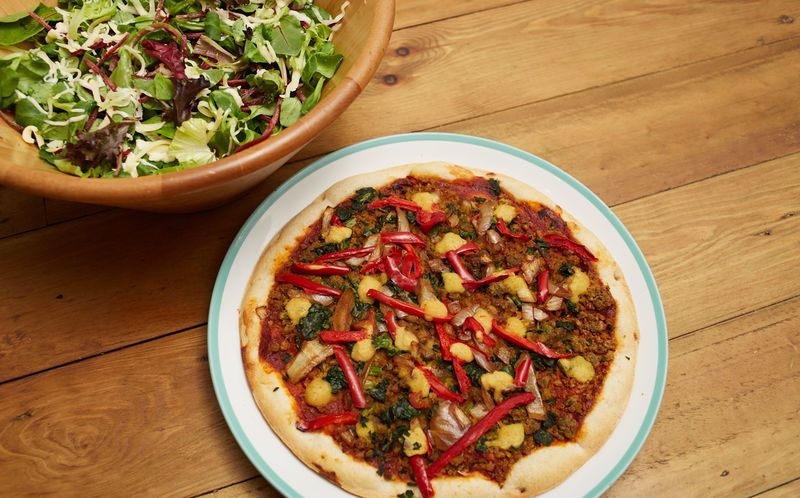 Michael Hemsworth — January 24, 2018 — Lifestyle
References: goodfellaspizzas & foodbev
Share on Facebook Share on Twitter Share on LinkedIn Share on Pinterest
Growing demand for convenient vegan food varieties has resulted in the announcement of the new Goodfella's Vegan Pizza and comes as the first release of its kind in the UK. The falafel pizza is topped with the chickpea-based food along with onion, hummus, spinach, red peppers and a spicy harissa sauce. Approved by the Vegan Society, the pizza is set to be available in many UK supermarkets starting in April.

The Goodfella's Vegan Pizza was explained by Alexa Brown, Brand Manager for the company, who said, "We think this new pizza will appeal to all pizza-lovers. We’ve perfected the recipe and we’re really pleased with the result: flavoursome falafel, delicious veg, and the tastiest hummus drizzle… you’re less than 20 minutes away from a top-notch vegan dinner.”
2.5
Score
Popularity
Activity
Freshness
Jeremy Gutsche Keynote Speaker