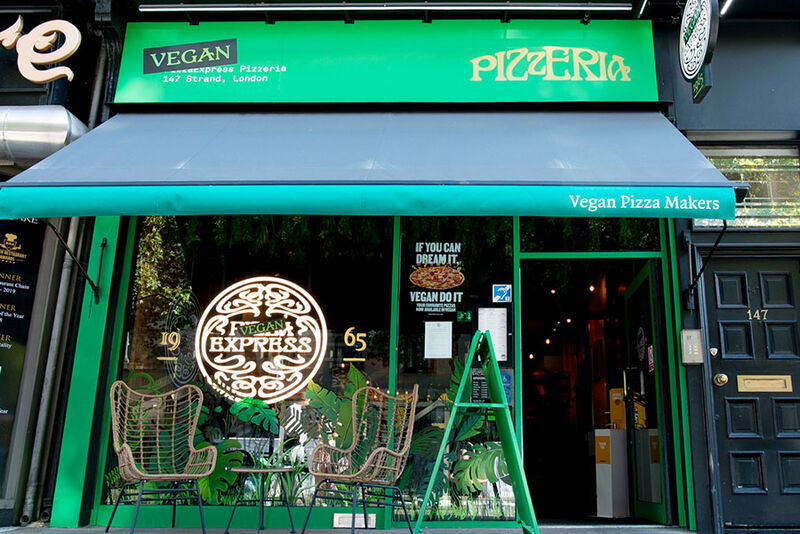 Niko Pajkovic — September 27, 2021 — Lifestyle
References: pizzaexpress & veganfoodandliving
Share on Facebook Share on Twitter Share on LinkedIn Share on Pinterest
UK-based pizza chain PizzaExpress has announced the launch of 'Vegan PizzaExpress,' its first-ever vegan-only pizzeria in London, England. The pop-up restaurant aims to celebrate the brand's broader release of its newly expanded vegan menu, which will be made available at regular PizzaExpress locations throughout the UK on September 21st.

In addition to offering the new vegan menu items, 'Vegan PizzaExpress' will be serving up vegan versions of PizzaExpress's most popular dishes. For example, customers will be able to try the 'Vegan Diavolo,' a traditionally meat-covered pizza that will be given a plant-based makeover consisting of smoky jackfruit "pepperoni" and vegan mozzarella.

“Every single one of our new vegan pizzas stays true to the unique flavors of the original versions,” says Jane Treasure, Food & Beverage Director at Pizza Express. Even the chain's classic pepperoni pizza has received an all-vegan upgrade called the 'Vegan American Hot,' which has been created to mimic the taste of the original pizza.
7.2
Score
Popularity
Activity
Freshness
Attend Future Festival