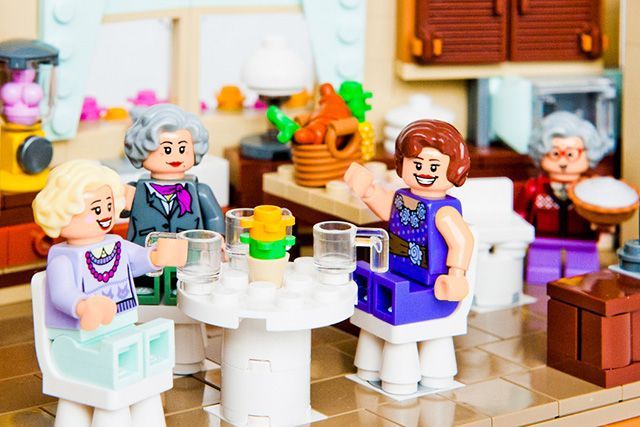 Meghan Young — April 11, 2015 — Life-Stages
References: ideas.lego & refinery29
Share on Facebook Share on Twitter Share on LinkedIn Share on Pinterest
A Golden Girls LEGO Set has been proposed by Samuel Hatmaker and it currently a fan favorite amongst the masses, which happens to include Ellen DeGeneres. Refinery29 reports, "Just 28 hours after Hatmaker put his project on the site, it received the 10,000 votes needed for an idea to be placed before the Lego review board, which sounds like a wonderfully official toy governing body to which we would like to be elected."

Impressive, to say the very least, the Golden Girls LEGO Set would make a fun and nostalgic toy that will appeal to people of all ages. While seniors and boomers might consider it a fun keepsake, younger generations will be able to interact with a different age group in a unique way, bringing much perspective.
5.4
Score
Popularity
Activity
Freshness
View Innovation Webinars