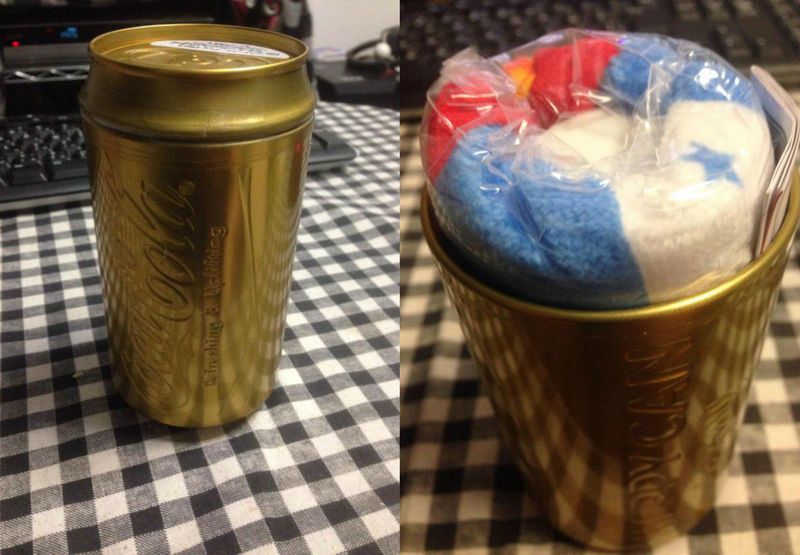 Laura McQuarrie — September 16, 2014 — Marketing
References: gurum.biz & en.rocketnews24
Coca-Cola Japan is now running a special gold pop can promotion that you'll want to keep an eye out for the next time you order a can of Coke from a vending machine. Every time a purchase is made, consumers have the chance to win a special golden can that's filled with prizes rather than drinks.

The machines are set up so that after a coin is inserted, the display on the vending machine will begin to roll like a slot machine, and if four matching numbers come up, the gilded can is issued. In this case, the prize that was included inside the pop can was a rolled up towel, along with a weight that helps the can make its way through the vending machine. Your chances of winning might not be very good, but it would be a fun surprise to happen upon when you least expect it.
3.6
Score
Popularity
Activity
Freshness