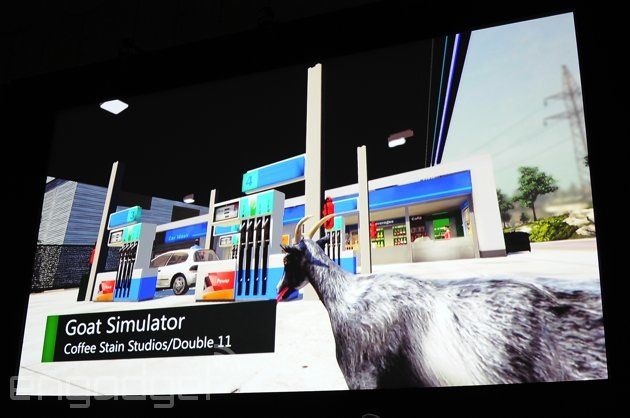 The Goat Simulator Game Will Be Playable On Xbox One

The Goat Simulator game is an extremely bizarre experience, as it essentially requires that you take control of a goat and cause all kinds of shenanigans, debauchery, tomfoolery and straight-up violence in an unsuspecting town.

The game is one among a long list of indie games that will be introduced to Xbox One. Others include the popular mobile game Threes, first-person shooter Super Hot and The Escapists.

The games will be added to Xbox One at some point this year, but fans of the Goat Simulator game will have to wait a little while longer to find out the exact dates as Microsoft hasn't revealed them just yet.
2.9
Score
Popularity
Activity
Freshness
Get Trend Hunter Dashboard