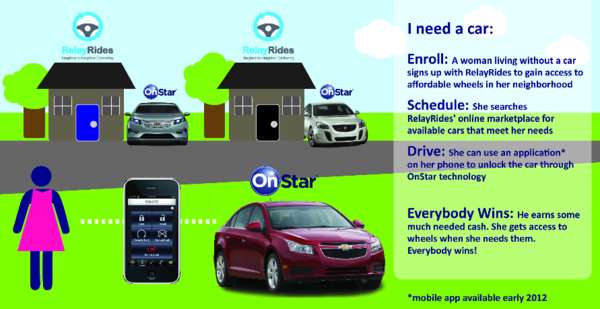 GM and RelayRides Team Up for Efficient Peer-to-Peer Program

According to GM’s head of business development initiatives, Bob Tiderington, all cars built after 2010 that have OnStar technology will be peer-to-peery ready. Thus, GM car owners who want to join RelayRides’ car-sharing program can do so quickly via a few mouse clicks rather than having to install any separate devices to gain entry and use of the vehicle.

With this new program, GM and RelayRides hope to appeal to the next generation of car buyers—the Millennials—who are, according to BrandChannel, much less excited about owning cars and the act of driving itself.
0.6
Score
Popularity
Activity
Freshness
Get Better and Faster

Car Companies Collaborate With Schools
Under 21 Can Finally Rent