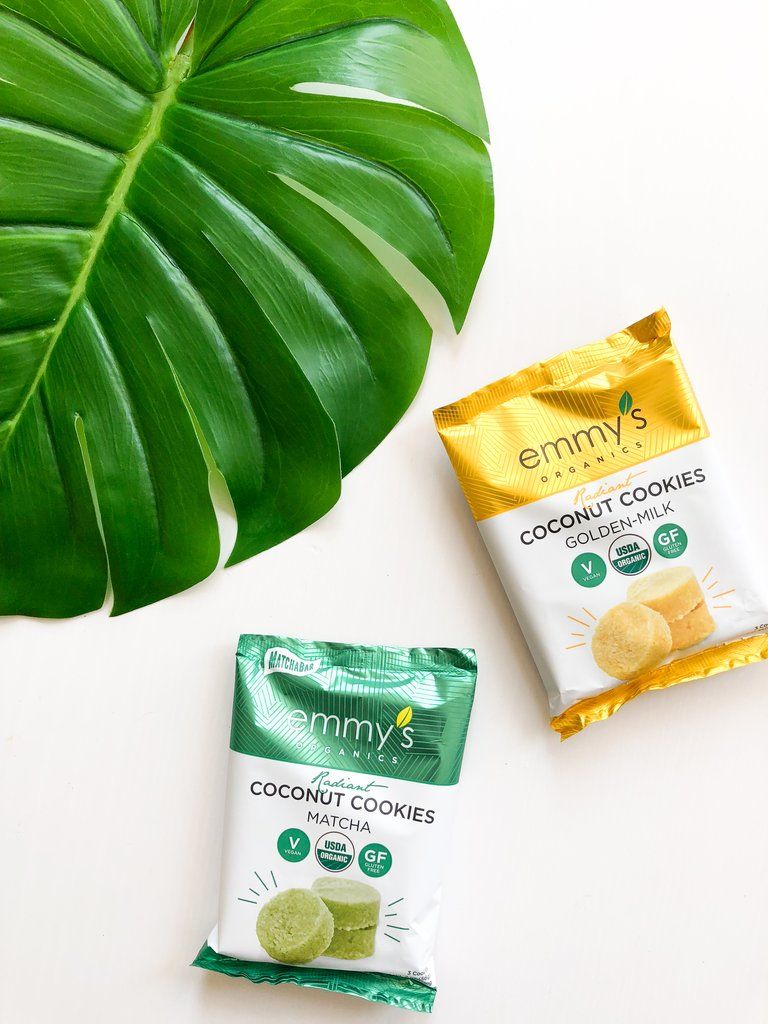 Laura McQuarrie — August 16, 2018 — Lifestyle
References: emmysorganics & projectnosh
Share on Facebook Share on Twitter Share on LinkedIn Share on Pinterest
Emmy's Organics recently launched two new kinds of organic, vegan and gluten-free coconut cookies that take inspiration from co-founder Samantha Abrams' favorite functional lattes. The new two-ounce cookie packets include one Golden Milk flavor that draws upon the vibrant colors and benefits of turmeric, as well as a matcha variety that was created in collaboration with MatchaBar.

These two new coconut cookies are part of the brand's Radiant line, which looks to ancient history and the healing properties of certain beneficial ingredients. While the idea for the Radiant cookie concept was created by Emmy's Organics about two years ago, it held back due to concerns over consumers not liking the non-traditional flavors. However, now that Emmy's Organics has an online presence, the e-commerce platform is used to push inventive flavors. As the brand has developed a following, Matcha became the most-requested cookie flavor from fans.
2.3
Score
Popularity
Activity
Freshness
Get Better and Faster