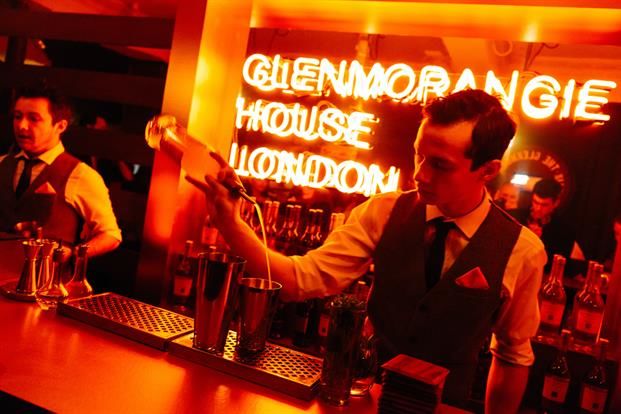 The Latest Glenmorangie Pop-Up Bar Has Opened in London's Soho

Rebecca Byers — March 7, 2016 — Marketing
References: eventmagazine
Share on Facebook Share on Twitter Share on LinkedIn Share on Pinterest
A new Glenmorangie pop-up bar has opened its doors in London's Soho to the delight of local whiskey connoisseur. The concept of the pop-up bar, which allows consumers to experience the brand's impressive roster of whiskies, is conceived as a celebration of the wooden barrel aging process that contributes so much flavor and character to the products.

Designed and coordinated by Polar Black Events, the 'Beyond the Cask' pop-up boasts three different rooms aimed at providing three separate experiences. The Library room is designed for sipping and relaxing, while the second, a wood-adorned speakeasy, serves up cask-inspired cocktails and the Vault shows off some of the brand's rarer varieties.

The first Glenmorangie pop-up bar launched in London in fall 2015 and was titled 'Unseen,' offering patrons and brand fans a glimpse at some of their rarest whiskies.
1.7
Score
Popularity
Activity
Freshness
Attend Future Festival