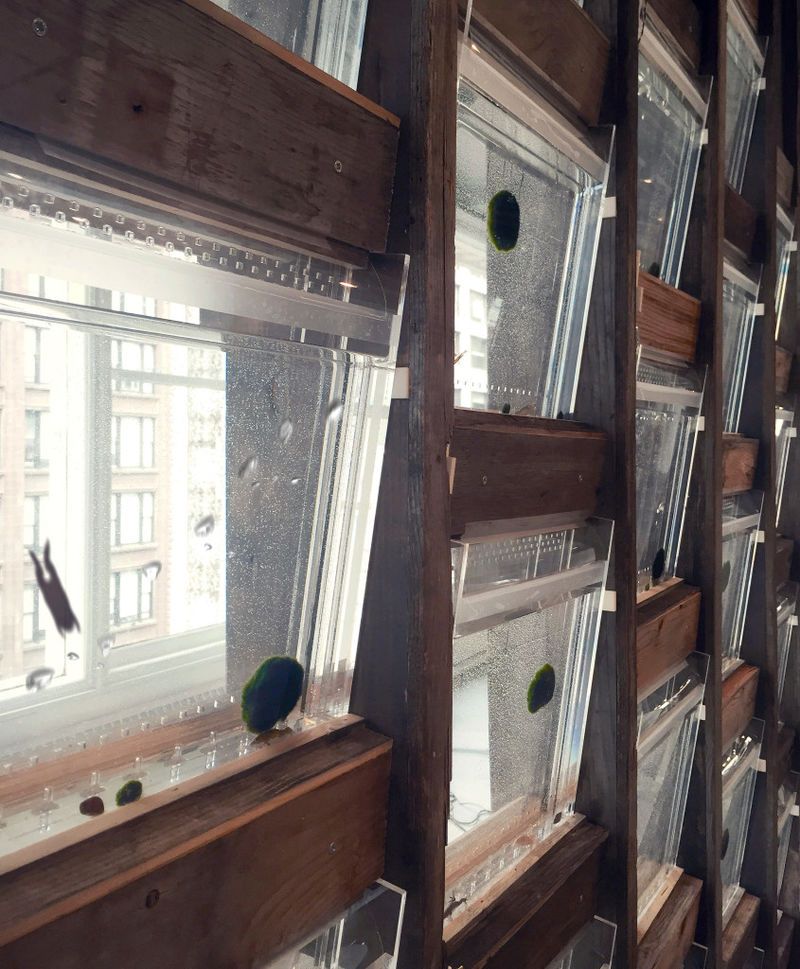 This Experimental Glass Wall is Filled with Living and Breathing Frogs

This prototype building envelope uses water, frogs, algae and snails to create a living and breathing piece of architecture. The 'Amphibious Envelope' actually creates a sort of built-in ecosystem that is able to create the insulation and protection of a typical layered glass facade in a new and interesting way.

The inside of the glass cavity is filled with air, a frog, water and food to make a natural and minimal habitat, with the frog actually acting like a natural biosensor. As the frogs swim to the surface for air, they actually trigger an electronic sensor that pulls more oxygen from outside the building and into the water tank. This new oxygen then eventually bubbles and rises to the top of the tank where it's released into the building as purified and refreshing air.
2.5
Score
Popularity
Activity
Freshness
View Innovation Webinars