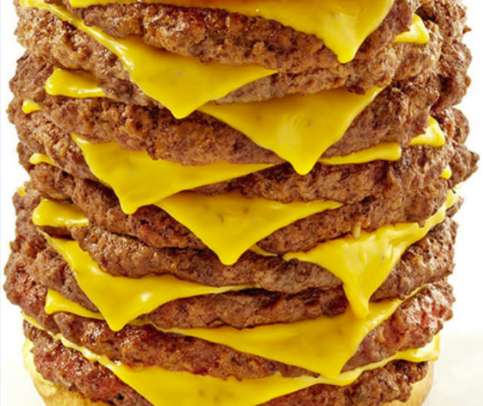 The Triple Triple is One of the World's Biggest Hamburgers

With two pieces of bun barely holding on and a slice of tomato and lettuce sitting on top of nine beef patties and nine slices of American cheddar cheese, health was clearly not a factor that went into making this massive meal. While the average recommended daily intake of calories is around 2 000, this burger alone holds 5 100, perhaps not the greatest idea for anyone who has any type of heart condition.

The best bet with the Triple Triple is to share a couple with a group of friends and get a kick out of ordering such giant hamburgers.
2.2
Score
Popularity
Activity
Freshness