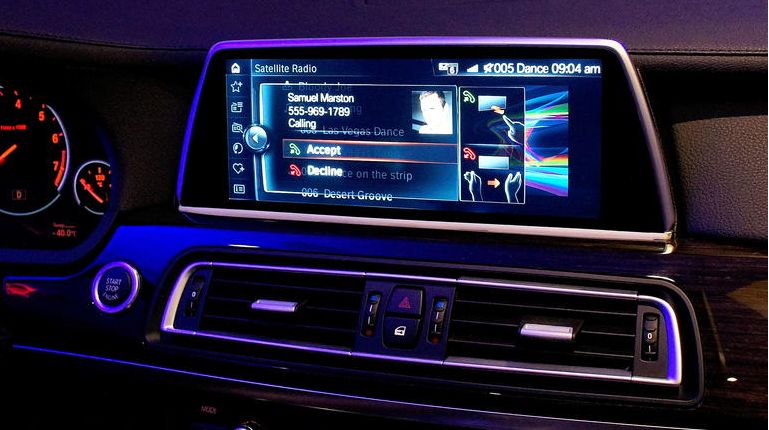 The new iDrive concept will add touchscreen capability to the LCD screen, as well as a camera that can recognize gestures from the driver, meaning that they can operate the system with a point of the finger. For instance, to answer a call, the driver merely needs to point to the "answer" icon. To decline an incoming call, the driver would brush their hand away in a "shoo-ing" motion. Similarly, to adjust the volume, the driver would move their finger in a clockwise or counter-clockwise motion.

The interface switches to a full number or keypad for entering numbers and addresses.