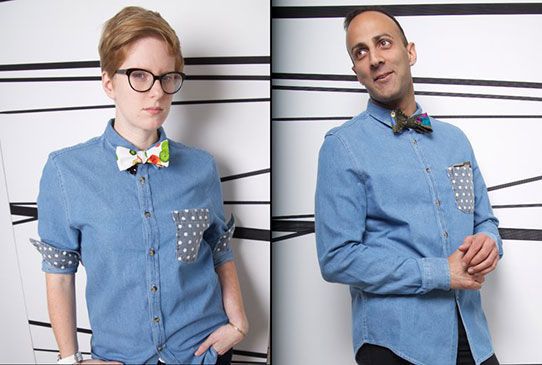 Natalia Manzocco Curates Fashion Perfect for Both Men and Women

Meghan Young — January 9, 2015 — Fashion
References: futureisthefuture & thestar
Share on Facebook Share on Twitter Share on LinkedIn Share on Pinterest
The Future is the Future may be a very meta concept, but it also acts as a great name for a gender-neutral clothing store. Founded by Natalia Manzocco, an fashion lover and entrepreneur hailing from Toronto, Canada, this shop focuses on pieces that can be worn by both sexes with ease. Although not the first of its kind with similar gender-neutral clothing stores starting to pop up in Scandinavia and the United States, it is the first for her hometown.

With a focus on vintage finds, the gender-neutral clothing store offers versatile pieces that are hard to resist. As for her discovery process, she tells the Toronto Star, "“If something really leaps out at me, I will buy it. If I find something glittery, I will throw that in there, too, because people of all genders like sparkles.”
5.9
Score
Popularity
Activity
Freshness
Get Better and Faster