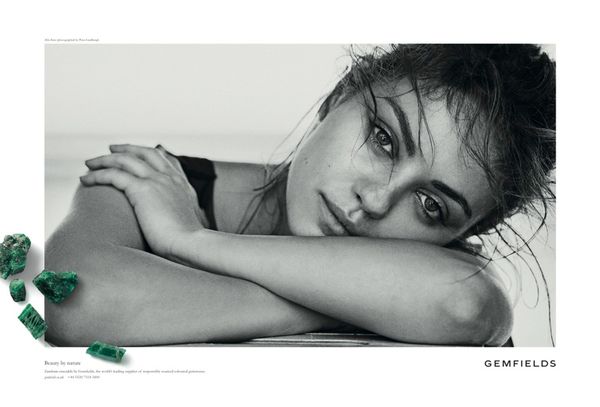 Meghan Young — February 7, 2014 — Pop Culture
References: gemfields & fashiongonerogue
American actress Mila Kunia reprises her role as the face of the Gemfields 2014 ad campaign. Following up last year's elegant and posed campaign, this year the high end jeweler embraces a more raw beauty, which is accentuated by the use of unrefined precious stones in place of finished products. By doing so, the Gemfields 2014 ad campaign encourages people to dwell on the quality of the gems as well as the process that turns them instead beautiful pieces of jewelry.

Shot in black and white on location by photographer Peter Lindbergh, the Gemfields 2014 ad campaign was styled by Lori Goldstein. Kunis reveals, "I didn’t have any make-up on; I didn’t have my hair blow-dried, so I felt a little bare."
2.2
Score
Popularity
Activity
Freshness