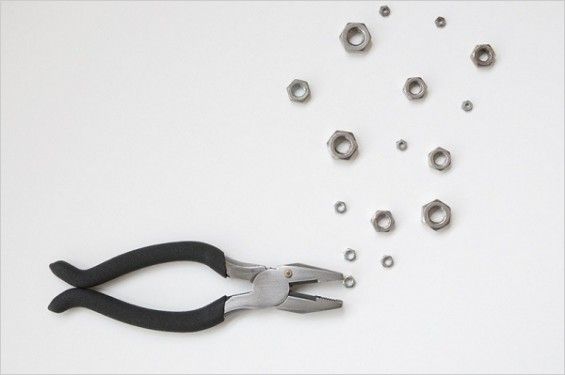 García de Marina Turns the Mundane into the Extraordinary

anon15424 — May 27, 2014 — Art & Design
References: garciademarina.net & beautifuldecay
Share on Facebook Share on Twitter Share on LinkedIn Share on Pinterest
García de Marina, a Spanish artist, offers his fans an opportunity to see the world through his eyes. García de Marina photographs ordinary objects after they have been manipulated and repositioned with other mundane items to challenge universal concepts. His collection of photographs titled “Imágenes” encourages audiences to re-examine previously held beliefs surrounding everyday objects. In his collection, for instance, the artist turns spoons into sunglasses, and a wrench into a fish. The creative and imaginative ways de Marina depicts these objects in clear, self-explanatory ways allow for the immediate understanding of the overall photograph. The photographs communicate a clear concept, while simultaneously delivering a strong impact. The “Imágenes” collection inspires us to challenge universal beliefs attached to items and to create something new from something old. A spoon is not just a spoon, a comb is not just a comb, and a cracked egg shell is the result of a hatched chick.