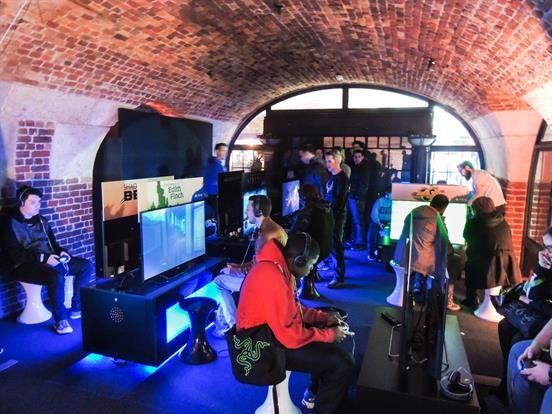 PlayStation's own virtual reality headset isn't set for an official release until October later this year, but fans were invited into a pop-up underground gaming lair where they could play a variety of VR games months ahead of the release. With 12 individual gaming stations, six titles were teased at the gaming event, including Rez Infinite, Playroom VR and Battlezone. Although virtual reality experiences are best experienced first-hand, PlayStation created a setup that allowed spectators to see the simulations come to life before their eyes on large-screen TVs.

As well as featuring branded drinks and a comfortable lounge area, the pop-up event space also had a photo booth where fans could take a picture of themselves wearing the PlayStation VR gear.
3.2
Score
Popularity
Activity
Freshness