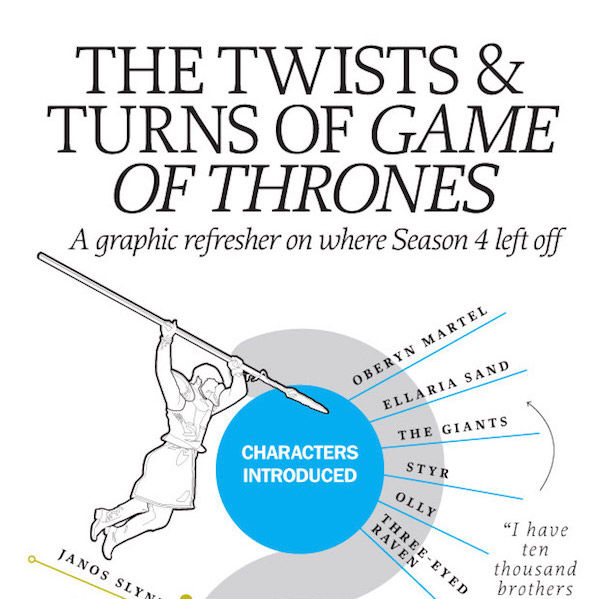 Alyson Wyers — April 10, 2015 — Pop Culture
References: time & designtaxi
Share on Facebook Share on Twitter Share on LinkedIn Share on Pinterest
With season 5 set to premier this Sunday, April 12, you will probably need to do a Game of Thrones review to make sure you remember everything and are caught up before watching new episodes. From Time, this infographic is called 'The Twists and Turns of Game of Thrones: A Graphic Refresher on Where Season 4 Left Off' and covers all the things you need to recall about the popular HBO show before the new season starts.

The character-based Game of Thrones review includes new characters that were introduced, such as Oberyn Martel and Ellaria Sand. Jon Snow, Ramsay Snow and Tommen all became more significant, while Joffrey and Tywin will no longer be appearing. The chart also discusses topics like who hooked up, who might hook up and other secrets revealed.
4
Score
Popularity
Activity
Freshness
View Innovation Webinars