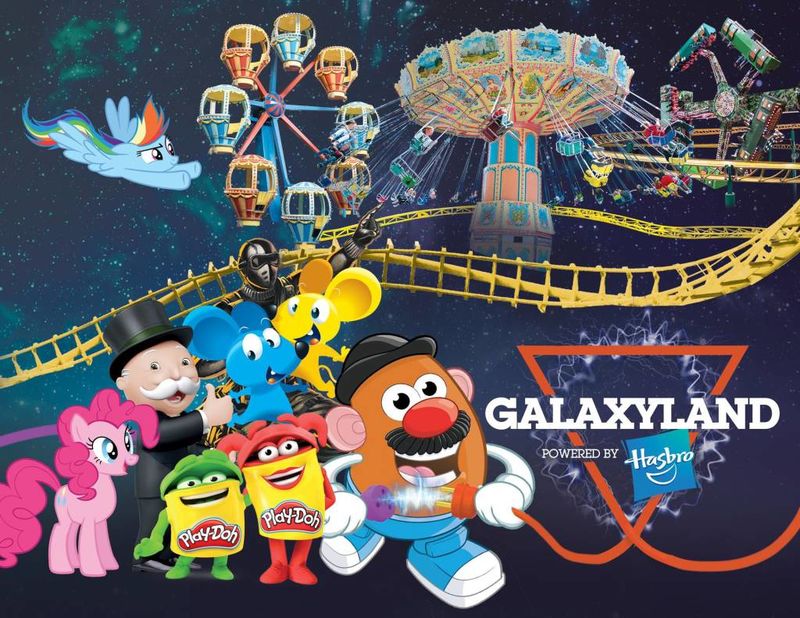 Galaxyland's Attractions are Being Redesigned with Hasbro Brands

Laura McQuarrie — December 30, 2019 — Life-Stages
References: wem & globalnews
Share on Facebook Share on Twitter Share on LinkedIn Share on Pinterest
The West Edmonton Mall's Galaxyland, North America's largest indoor amusement park, has been entertaining kids for over two decades with its space-themed design but soon it will be offering a fresh new experience in 2020 as Galaxyland powered by Hasbro. As part of a new licensing agreement, Galaxyland will be refreshing its rides and attractions with beloved Hasbro brands like My Little Pony, Monopoly, Nerf, Play-Doh, Battleship and more.

As well as being able to visit Galaxyland powered by Hasbro for rides and activities, families will also enjoy new retail and food options at the indoor entertainment park.

While new destination will be the first Hasbro-themed amusement park of its kind in Canada, a Hasbro-themed water park has also been announced for Malaysia.
5
Score
Popularity
Activity
Freshness
View Innovation Webinars