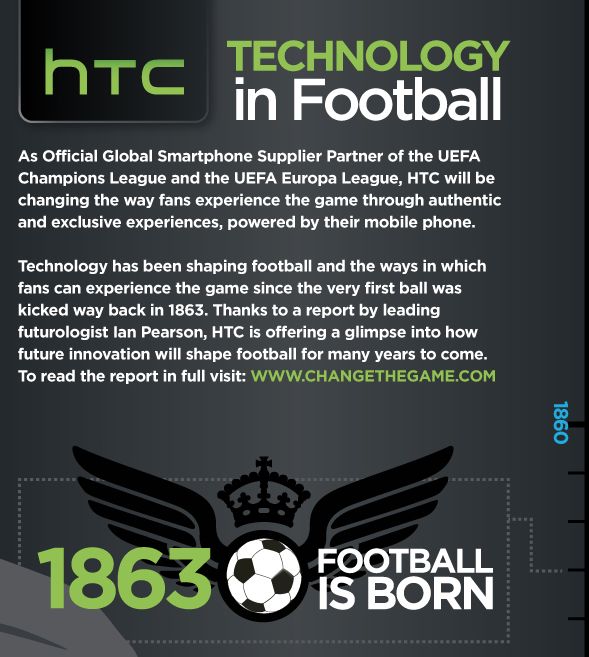 This HTC Infographic Looks Ahead at the Future of Football

Laura McQuarrie — February 12, 2014 — Tech
References: changethegame.htc
Since the 1800s, technology has been improving the way fans experience football — now, HTC and futurologist Ian Pearson have teamed up to look ahead at the future of football and what’s to come for next 50 years.

The infographic goes way back to the origins of the game and improvements that were gradually introduced over time. 2010 was a big year for innovation in football, since the FIFA World Cup was broadcast for the first time in HD, the first 3D match was broadcast and FIFA began testing goal line technology.

HTC’s Football Feed was just recently launched in November 2013 and as for what’s next, HTC is projecting some seriously cool smartphone technology that will be relevant for the future of football. Some of these amazing future technologies to look forward to could include ultra-realistic 3D video by 2045 and video footage captured for live broadcasts by robotic insects by about 2030.
4.5
Score
Popularity
Activity
Freshness