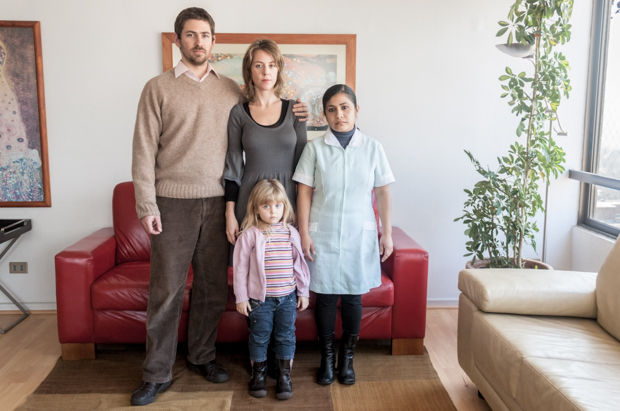 Rahul Kalvapalle — October 17, 2014 — World
References: rauliano & featureshoot
Frontiers is a poignant photo series, captured by Chilean photographer Raul Charlin, that captures the many Peruvian women who emigrate to Chile to work as domestic workers and caregivers.

Charlin takes two photos of each woman. The first portrays her in relation to her employer's family, while the second captures her alone, holding a photograph of the relatives she left behind in Peru. Pairing the photos in such ways projects how caring for the families of employers helps them provide for then own.

For the Frontiers series, Charlin also interviewed each woman to gain insight into their experiences. He found that most of the women were content with their jobs and had become integral members of their employers' families, whilst all along dreaming of being reunited with their families back home.
3.6
Score
Popularity
Activity
Freshness