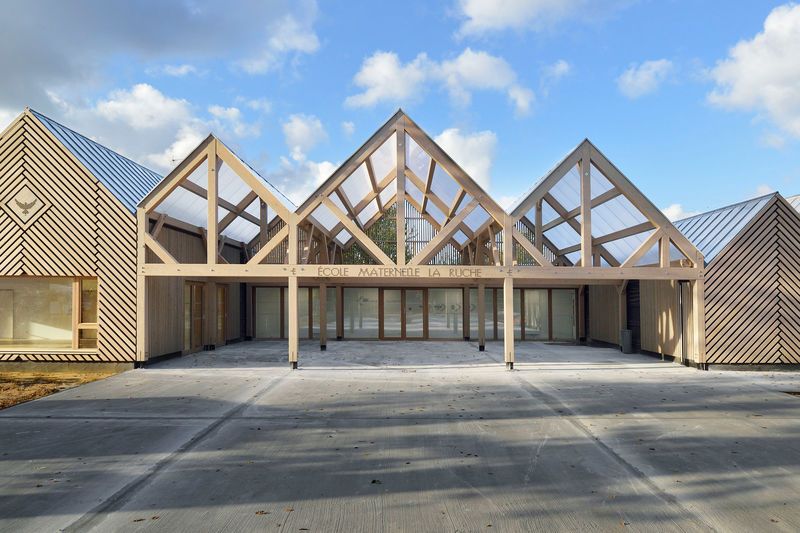 The structure has been built by Tracks Architects who used timber as the main component of the design. While facilitating the concept of the French kindergarten, the studio looked for ways to be as "visually generous as possible." The interiors are kept brightly lit and minimalist. Dubbed 'La Ruche' — which translates to 'The Beehive,' the educational institution is dispersed as a string of gabled buildings and this adds some visual appeal and uniformity to the design.

The French kindergarten was constructed in just 10 months as it is set in the Gatinais Regional Natural Park and Tracks Architects had the objective to "minimize disturbance" to the area.