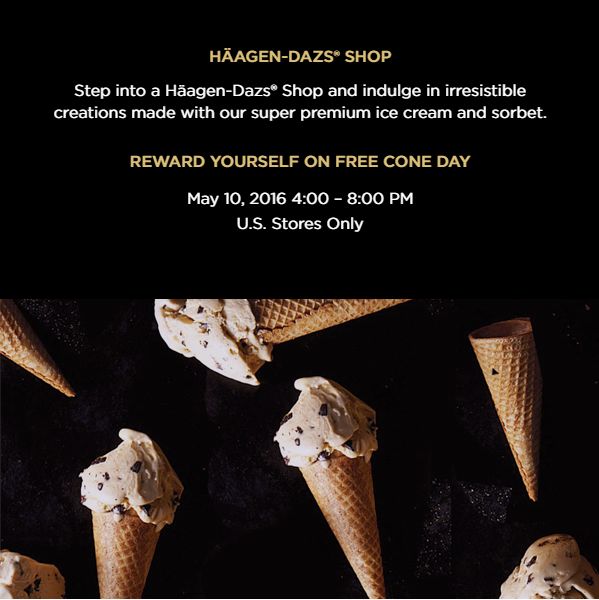 Katherine Pendrill — May 2, 2016 — Marketing
References: haagendazs.us & chewboom
Share on Facebook Share on Twitter Share on LinkedIn Share on Pinterest
Following in the footsteps of Dairy Queen and Ben & Jerry's, Häagen-Dazs is hosting its own Free Cone Day. Not only is the ice cream company giving customers a chance to get their hands on a free scoop, but it is also offering additional rewards for those who engage with the brand over social media.

Free Cone Day will be held at participating Häagen-Dazs Shops on May 10th, between the hours of 4PM and 8PM. During this time, customers can drop by to receive a free kiddie-sized scoop of their choosing in a cup or a cone. Additionally, the company is hosting an ice cream social on Twitter, which is meant to give fans an opportunity to share their favorite ice cream moments. Those who do engage with the brand on social media will be entered into a draw to win a year of free ice cream, gift cards to Häagen-Dazs Shops or even American Express gift cards.