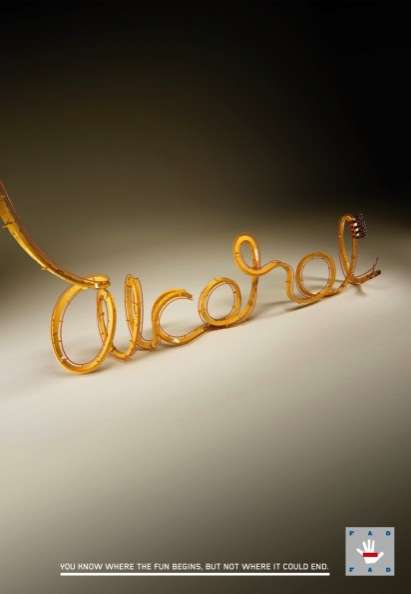 The Foundation Against Drug Consumption Campaign is Scary

Meghan Young — June 7, 2012 — Marketing
References: ddb & ibelieveinadv
Share on Facebook Share on Twitter Share on LinkedIn Share on Pinterest
The Foundation Against Drug Consumption ad campaign perfectly illustrates the effects that drugs have on a person. An exciting ride in the beginning, it is scary where it all comes to a sudden end. As stated in the tag line, "You know where the fun begins, but not where it could end.” Instead of finishing off slowly and gracefully like an actual roller coaster, these rides are twisted and frayed, which could easily lead to serious injury and even death.

Conceived and executed by the DDB ad agency based in Madrid, Spain, the Foundation Against Drug Consumption ad campaign was creatively art directed by Cristina Rodriguez with creative direction by José María Roca De Viñals and Guillermo Santaisabel. Powerful and clever, it will open people's eyes.
3.2
Score
Popularity
Activity
Freshness
Get Better and Faster