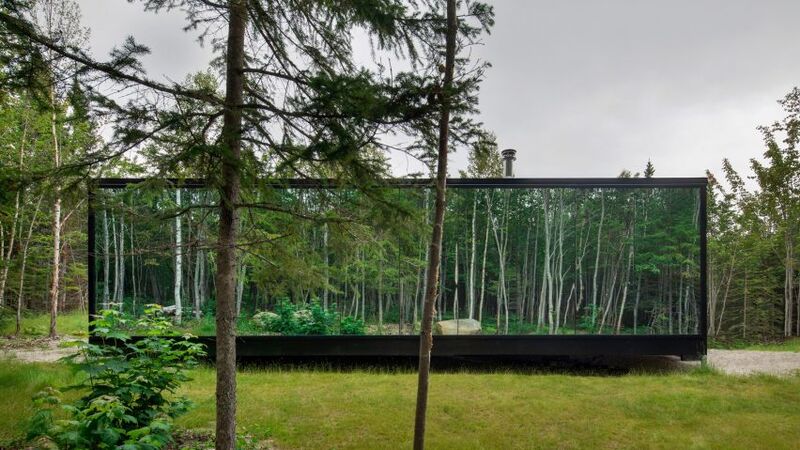 Both cabins feature reflective walls to highlight the surrounding forest and create a blending effect. The pair of rentable prefabricated structures are part of a hospitality concept titled Réflexion. "The challenge for the architects was to engage guests in an intimate relationship with nature, rather than dazzle them with the overwhelming views nearby," said Bourgeois Lechasseur. The goal was to create accommodations that disappeared among the trees, hence the cabins' reflective walls. Using stained black wood as the main structure, the cabins contain two bedrooms, a bathroom, a kitchenette, and an open living and dining area.