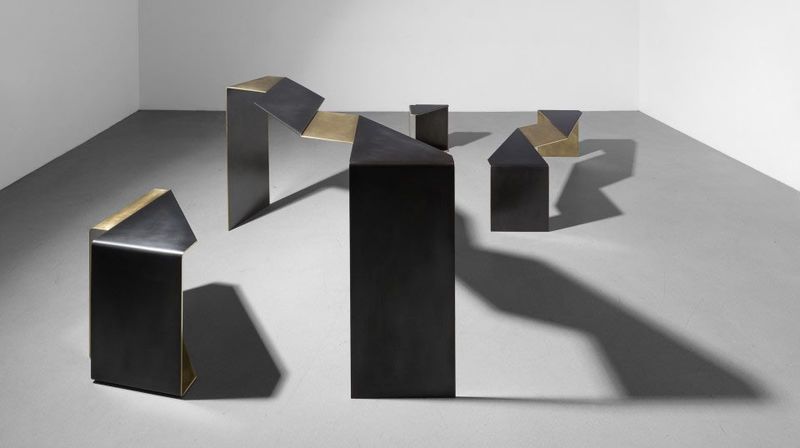 Joey Haar — July 21, 2017 — Art & Design
References: uhurudesign & design-milk
Share on Facebook Share on Twitter Share on LinkedIn Share on Pinterest
Uhuru is a design studio based out of the Brooklyn neighborhood of Red Hook, and the company's newest project, the 'Fold Collection,' is inspired by its environs. The collection consist of a console, bench, coffee table, and end table, and their designs are a direct reference to the scrap steel that litters the industrial docks around Red Hook.

Though New York is more frequently associated with slick city business than blue collar work, many neighborhoods still rely on industry to fund their economy. Red Hook is one of those areas, as the neighborhood on the banks of the bay that feeds into the East River receives much of the goods that ultimately make it to stores throughout the city. Those deliveries are made on palettes bound by metal straps, and the straps in turn inspired Uhuru's Fold Collection.
2.1
Score
Popularity
Activity
Freshness
View Innovation Webinars