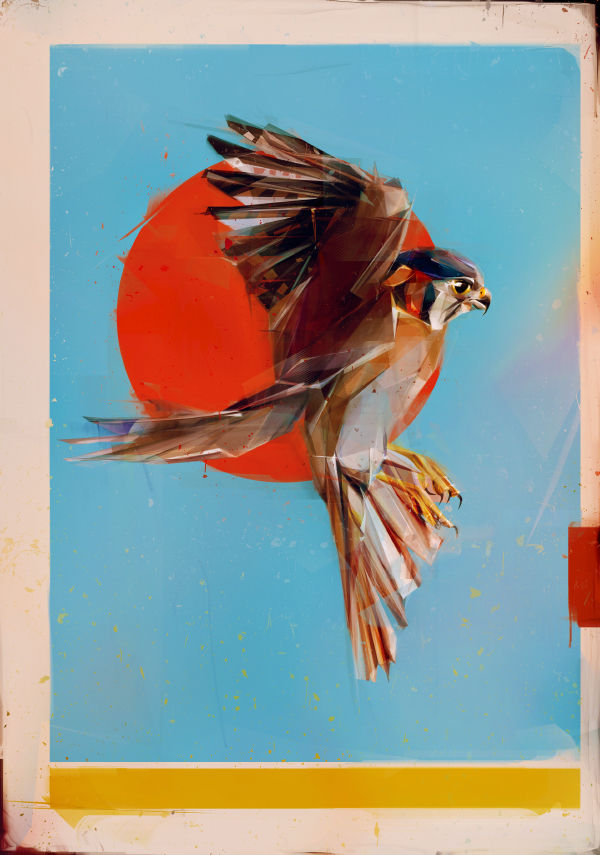 Feathers are conveyed to viewers via thick brush strokes. The square-like slabs of paint convey movement, making it appear as if the birds are actually flying in the multi-colored portraits. This perspective showcases the beauty of flight as the wings extend in each painting, some of which directly face forwards while others are tilted sideways.