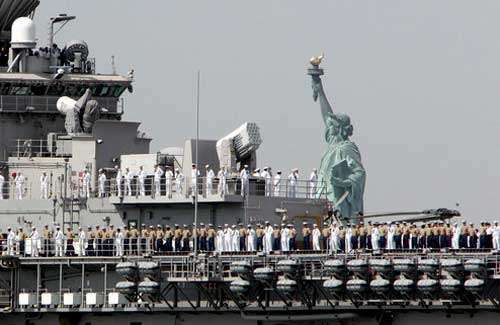 Fleet Week 2009, among many other stupendous ships, will be hosted by the museum ship The Intrepid, after a two-year absence due to renovations.