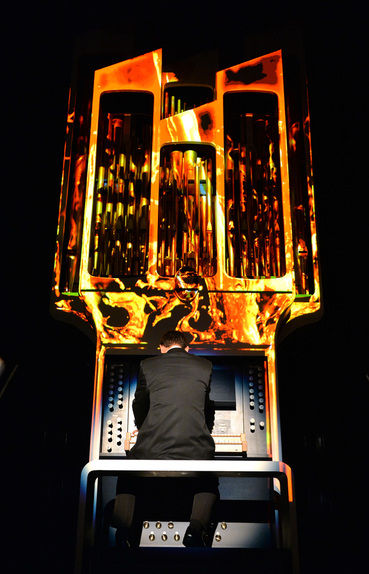 Jonathon Brown — September 26, 2014 — Marketing
References: bompasandparr & symphonyinblue
Share on Facebook Share on Twitter Share on LinkedIn Share on Pinterest
The world’s first Flavor Conductor is meant to control your perception of taste by way of light and sound. Created by Bompas & Parr for Johnnie Walker’s Symphony in Blue global brand activation, this unique instrument leverages the neurological phenomenon Synesthesia in which one sense being stimulated actually involuntarily stimulates another.

According to Sam Bompas from Bompas & Parr, they began work on the Flavor Conductor in January 2014 and spent upwards of 10,000 working hours bringing it to life. Leveraging expertise from an organ builder, organ consultant and composer, the Flavor Conductor made its debut in London during Johnnie Walker’s Symphony in Blue.

“Your sight and hearing work more powerfully than your sense of taste,” explains Sam WHAT. “We’re not as sophisticated about communicating taste, so you can use sound and visuals to shape people’s tastes.”