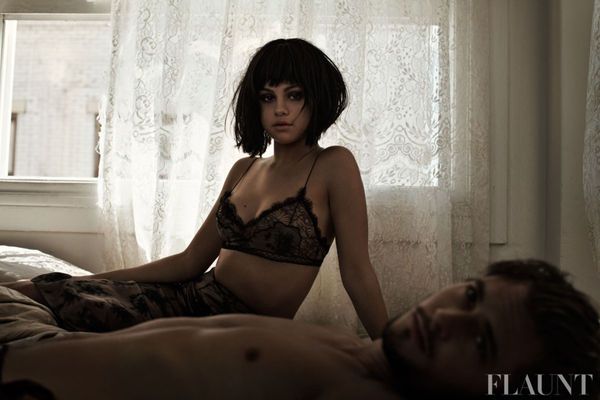 Meghan Young — November 11, 2013 — Fashion
References: flaunt & huffingtonpost
Share on Facebook Share on Twitter Share on LinkedIn Share on Pinterest
Child stars, especially girls, tend to have a rough time coping with their good girl image as they grow up, yet one pop star seems to have managed to gracefully mature as the Flaunt Magazine 'Selena Gomez' editorial shows. Although she continues to display a sexier and sexier style, it is much more tasteful then say, Miley Cyrus'.

In the Flaunt Magazine 'Selena Gomez' editorial, the American singer and actress rocks a 'Pulp Fiction'-esque bob as well as lingerie-inspired outfits. Whether sitting quietly on a rooftop or lounging in bed with a bearded man, there is still something innocent about her look that may or may not have people huffing and puffing.