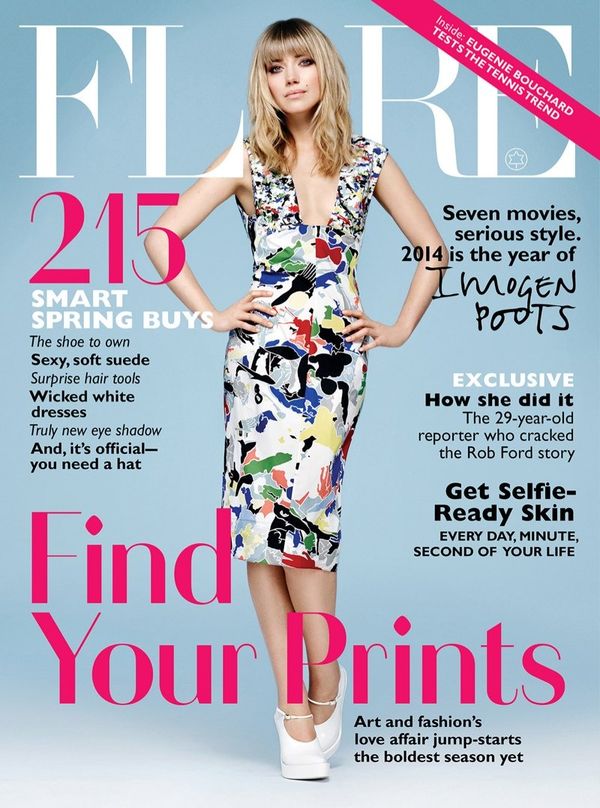 The unpretentious actress has just finished filming ‘That Awkward Moment’ with the super cute Zac Efron, and is bound to become Hollywood’s next lovable sweetheart.

The talented Poots makes an appearance on both Canada’s Flare Magazine March 2014 cover and a fashion editorial on the inside of the magazine. Poots gushes about her love for fashion icon Courtney Love, working with Efron, turning down “the girlfriend” roles that are thrown her way and her love for New York city.