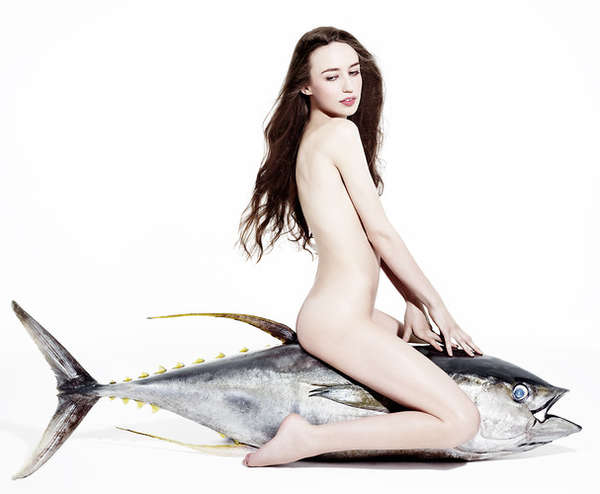 The Fishlove Campaign Gets Naked to Stop Overfishing

Meghan Young — January 11, 2013 — Naughty
References: fishlove & fastcoexist
Taking a page from the publicity book of PETA, the Fishlove campaign has enlisted a troop of celebrities, many of which are British, to pose naked alongside a variety of different sea creatures. Effectively and quite erotically bringing attention to the act of overfishing, the Fishlove campaign makes a bold statement.

From squid and starfish to crabs and tuna, the Fishlove campaign attempts to bring awareness to the devastating effects the fishing industry has on aquatic life. With the help of Ben Kingsley, Lizzy Jagger and more, Japanese restauranteur Nicholas Röhl and Greta Scacchi hope to make a difference before marine life disappears completely by the middle of this century, as scientists predict.

The Fishlove campaign asks viewers to support Ocean2012, an advocacy group working to bring more sustainable fishing practices into law in the E.U.