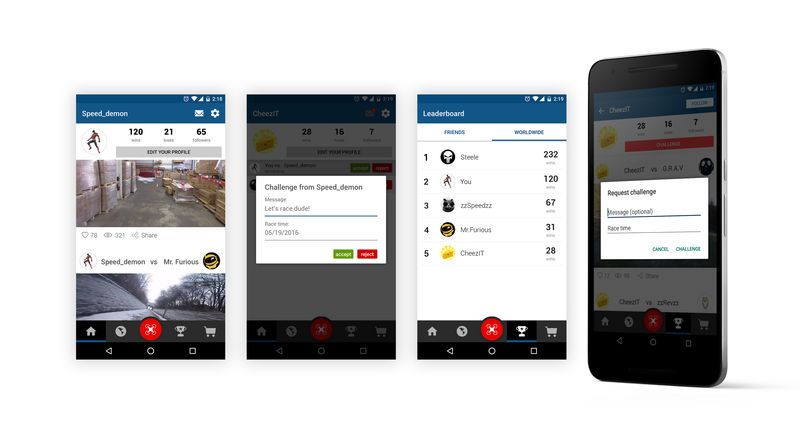 First-Person Drone Racing is a Reality with This New Game

Joey Haar — July 13, 2016 — Tech
References: autonomous.ai & producthunt
Share on Facebook Share on Twitter Share on LinkedIn Share on Pinterest
The glory of first-person drone racing is that it brings the thrill of high-speed aerial acrobatics without any of the dangers that come with actually manning a racing plane. Now, New York-based tech company 'Autonomous' is taking that thrill to the public with its 'Drone Racing Game'.

An order for the game comes with everything that a virtual speed demon needs, including two drones, two remote controllers, two VR headsets, nine flags (to mark checkpoints), 30 cones (to demarcate the course) and a mobile app. With flags and cones that can be placed anywhere depending on the consumer's environment, this first-person drone racing game is completely modular. And the intuitive app lets users invite friends to a race, book a race date and post their wildest racing footage to the online community.