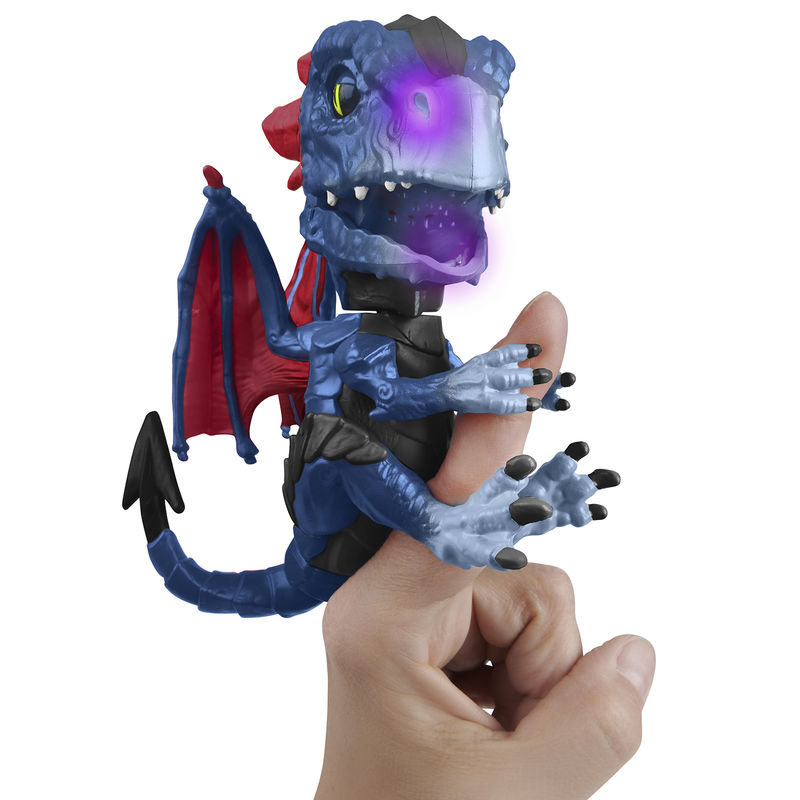 WowWee's Fingerlings Untamed Dragons Lose Their Glow as They are Tamed

Laura McQuarrie — February 26, 2019 — Life-Stages
References: untamed.wowwee & walmart
Share on Facebook Share on Twitter Share on LinkedIn Share on Pinterest
For kids ages five and up, WowWee's line of Fingerlings Untamed includes Direwolves, Raptors, Sabretooths, Skeleton Dinos and now, Dragons that can be worn around the finger and interacted with in many different ways. Fierce and unpredictable, the Fingerlings Untamed Dragons react to different kinds of play and express themselves with LED lights. When mad, the colored lights on the Dragons flicker and burn brightly but taming the beasts helps them to calm to become cuddly creatures. As the Dragons are tamed, kids will learn to see their unique way of sharing affection.

The Dragons are capable of reacting to sound, motion and touch, offering tons of ways for kids to play. In the same way that each Fingerlings Untamed Dragons emits its own uniquely colored light, each toy has its own personality.
4.6
Score
Popularity
Activity
Freshness
Get Trend Hunter Dashboard