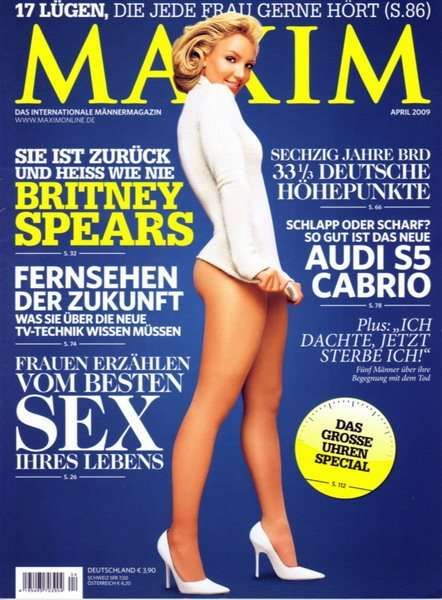 On the ultra sexy cover and inside the glossy, a bootylicious and drop dead gorgeous Britney goes minimalistic with her one piece long-sleeved white sweater which shines the spotlight on her behind, and several risque topless takes.

While it is a foregone conclusion that the pictures got the digital treatment we have come to expect from fashion mags, it is also true, as far as I am concerned, that the pop diva looks fabulous in those snaps. However, the thing with those photos, is that they were taken in 2003 for Esquire Magazine’s “70 Years of Women We Love” cover story.

As the global financial crisis deepens, it seems we’ll have to get used to this constant photo recycling, even in the most successful magazines.
5.6
Score
Popularity
Activity
Freshness
Access Advisory Services